What sets this publication apart from the large amount of other Michael Jackson narratives available, in both its content and delivery, are the primary source documents which include over fifteen voicemail messages, that at the click of a button, readers will be able to listen to Michael Jackson himself.

The book’s author, Dieter Wiesner was inseparable from Michael during the 80-concert, five continent HIStory world tour. After the tour, Dieter lived with Michael and his children for several years at the legendary Neverland Ranch.

Having already influenced a generation of entertainers through song and dance, in the year 2000, Michael Jackson was facing a radical change in his life and work and shared his top-secret intentions, plans, and vision for the second phase of his life with Mr. Wiesner. Had Michael Jackson been left alone to execute the visionary purchases and partnerships he desired, including Marvel Comics and Disney among others, he would have undoubtedly been one of the wealthiest people in the world.

Readers will get to know Michael Jackson the human being in a much deeper way — the Michael that few got to know and appreciate.

Love of my Life
MJ - King of Pop 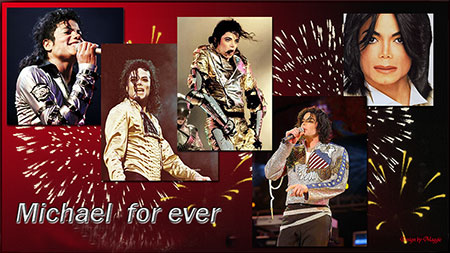