A California judge dismissed, without room to amend, James Safechuck’s claim against Michael Jackson’s corporations. Safechuck, along with Wade Robson, alleged that Michael Jackson’s companies MJJ Ventures and MJJ Productions were responsible for the “most sophisticated child sex abuse operation in history”. Robson and Safechuck are essentially arguing that these companies were formed solely to procure children for Michael Jackson to abuse, and are now seeking financial compensation (of undisclosed numbers) for negligence and inflicted emotional distress. Their attempts to collect financial compensation (despite apparently not wanting money for Leaving Neverland) from the Michael Jackson Estate is what film director Dan Reed says they consider “justice”. However, after 7+ years of claims, not a single corroborating witness has been found to substantiate the claims of Robson or Safechuck.

Their initial cases targeted the Michael Jackson Estate, with Robson arguing that he waited so long to file his lawsuit because he did not know he could sue the Michael Jackson estate. In that case, the judge ruled that “no rational fact-finder could possibly believe” Robson’s sworn statement. The next cases, then targeting MJJ Productions and MJJ Ventures, were again dismissed in 2017.

In his recently amended complaint, Judge Young determined that the claims against MJJ Productions and MJJ Ventures have not been adequately argued and that Jackson’s corporations could not be held responsible for the alleged actions of Michael Jackson himself. It is Safechuck’s third time being dismissed by a California court. It is also the second judge to review their cases and rule a dismissal. Wade Robson, whose claims and arguments are almost identical to Safechuck, is likely to be dismissed as well. Both men have continuously added to their claims over the years, even though corroborating witnesses and evidence have consistently failed to materialize.

However, even after seven long years of failed litigation, Vince Finaldi (Safechuck and Robson’s lawyer) is likely to file yet another appeal on Safechuck’s behalf. Though Leaving Neverland brought more public attention to James Safechuck and Wade Robson, it has failed to give their claims anymore leeway through the court system as they’d hoped. It is likely, however, that both men will continue to exhaust their options in their quest for financial compensation.

Credit to @MJJRespository on Twitter for court updates and coverage.

Michael Jackson should be pleased wherever he is today. The first of two cases brought against him posthumously by men who said they were abused by the singer in their teens was dismissed.

The case of James Safechuck was dismissed on demurrer, meaning just through paperwork, on Tuesday.

Judge Mark Young wrote, explaining demurrers: When considering demurrers, courts “are required to construe the complaint liberally to determine whether a cause of action has been stated, given the assumed truth of the facts pleaded.”

You can read the Judge’s complete finding here. But he didn’t buy that Safechuck, as a child, worked for Michael Jackson or his companies, and that Jackson failed “to warn, train, or educate” him. Safechuck’s case, like that of his pal Wade Robson, was concocted to get money from the Jackson estate because Michael– who died suddenly– failed to leave them anything in a will.

The judge wrote that: “Plaintiff [Safechuck] alleged that Jackson was “hired” by Defendants to coach, teach, and mentor minors interested in the entertainment industry. Setting aside Plaintiff’s allegation that Jackson was the President of both Defendants, Plaintiff has failed to allege specific facts detailing what such mentorship looked like (or was supposed to look like) from 1988 through 1992.”

The case has been tossed and it’s not coming back. Howard Weitzman, Jackson’s estate lawyer, said in a statement to Showbiz411: “We are pleased that the court agreed that James Safechuck case should be dismissed because [they] had no grounds to pursue his lawsuit.”

Robson’s case will be decided next. Each of these men participated in the disastrous documentary “Leaving Neverland,” in which they described– without evidence or backing or a chance for the estate to refute–child molestation at the hands of Michael Jackson. This was a decade after they’d attended Jackson’s funeral, many years after Robson testified for Jackson in a child molestation trial. They each seemed motivated to find money at the expense of truth.

The documentary, shown on HBO, has been derided by Jackson fans who’ve meticulously pulled it apart and examined all the testimony of Safehuck and Robson. It’s like having a thousand Perry Masons working at once. Now the film’s director, not satisfied to have participated in one painful farce, is trying to make sequel. Since the Jackson estate is still suing HBO, it’s unlikely he’ll find a home again there anytime soon.
Quelle:showbiz411

HBO urged an appeals court on Thursday to throw out a lawsuit brought by the Michael Jackson estate over the “Leaving Neverland” documentary.

The estate sued HBO for $100 million, arguing that the network broke a 27-year-old promise not to disparage the late pop star by accusing him of child sexual abuse.

The estate has also argued that the subjects of the documentary — Wade Robson and James Safechuck — had a financial incentive to fabricate their allegations. Jackson died in 2009, and so HBO cannot be sued for defaming him. Instead, the estate has invoked a non-disparagement provision from a contract for a 1992 concert film from Jackson’s “Dangerous” tour.

In September 2019, Judge George Wu sided with the Jackson estate, granting a request to take the case to arbitration. HBO appealed the ruling, claiming that the “Leaving Neverland” dispute had nothing to do with the 1992 contract.

Theodore Boutrous, arguing for HBO, urged a three-judge panel of the 9th Circuit Court of Appeals to overturn the lower court ruling on Thursday. He argued that the Jackson estate had filed the case as a “publicity stunt,” and that HBO would never have given Jackson and his heirs a perpetual veto over the network’s First Amendment rights.

“That is on its face absurd,” Boutrous argued. “There is nothing that suggests HBO intended that.”

Jonathan Steinsapir, arguing for the Jackson estate, countered that Jackson was the biggest star in the world at the time, and had the leverage to bargain for a strong non-disparagement provision.

Jackson “had been the subject of some extremely ridiculous tabloid reporting,” Steinsapir said. “It’s not crazy he would want that in an agreement.”

The judges seemed somewhat open to Boutrous’ argument that the 1992 contract is “far afield” from the “Leaving Neverland” dispute.

But VanDyke also seemed inclined to leave the interpretation of the contract up to an arbitrator. Boutrous urged the panel instead to decide the case on its own.

“The court has a duty to interpret the contract to see if the dispute has its real substance in the contract,” Boutrous argued. “Consent is crucial. There was no agreement to arbitrate.”
Quelle:variety.com

HBO vs The Estate: Still on going!

HBO yesterday urged the Ninth Circuit appeals court in the US to overturn a lower court judgement that would force its ongoing dispute with the Michael Jackson Estate into arbitration. The whole case centres on a 1992 contract between HBO and Michael Jackson, with this particular element of the legal battle basically asking whether an arbitration clause in that contract means that only an arbitrator can decide whether or not that arbitration clause is still in effect.

The Estate claims that when HBO broadcast footage of Michael Jackson’s live shows all the way back in 1992 it signed a contract that included a promise to never “disparage” the star. The airing of ‘Leaving Neverland’ – and Robson and Safechuck’s allegations – constituted disparagement, the Estate said. HBO counters that the 1992 agreement is no longer in effect, adding that it would never have voluntarily given up its First Amendment free speech rights in perpetuity.

As the dispute progressed, the Estate filed a motion seeking to force the matter to arbitration, rather than a proper court hearing, citing an arbitration clause in the contract. HBO opposed that motion, mainly on free speech grounds. But the lower court judge George H Wu said that he couldn’t find any precedent to support HBO’s arguments for avoiding arbitration and, as a result, he granted the Estate’s motion.

However, Wu nevertheless conceded that this was a very unusual case that could probably do with the input of a higher court. And when HBO confirmed that it planned to take the matter to the Ninth Circuit, Wu put his arbitration order on hold. Which is why legal reps for both sides were presenting their arguments to the appeals court yesterday. 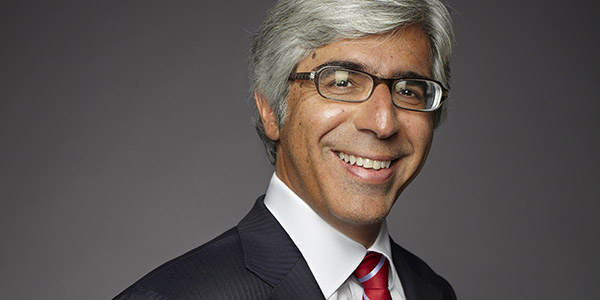 HBO’s lawyer Theodore J Boutrous Jr argued that the 1992 contract is completely irrelevant to the dispute over ‘Leaving Neverland’, which makes the arbitration clause in it as irrelevant as the non-disparagement clause HBO is accused of breaching.

Seeking to back up that argument, Boutrous insisted that there is no language in the 1992 contract to suggest clauses in it would be binding “in perpetuity”. He added: “There isn’t a perpetual right to arbitrate; there was no agreement to that. It’s unreasonable to assume that HBO would have given up its right to litigate in court”.

Needless to say, the Michael Jackson Estate did not concur. Its lawyer, Jonathan Steinsapir, argued that the non-disparagement clause in the 1992 contract isn’t limited in any way, meaning the agreement is still in force, which also includes the arbitration clause. And the only person who could dispute that would be the arbitrator brought into the case by the arbitration clause.

While Boutrous argued that it was “absurd” to suggest HBO would voluntarily give up its free speech rights in relation to Jackson forever, the estate’s legal reps countered that the musician was at the peak of his stardom at the time of the agreement and was therefore able to command a strong non-disparagement provision be included in it.

And, Steinsapir added, given the large amount of tabloid gossip about Michael that was circulating in the early 1990s, it wasn’t surprising that the King of Pop would want a provision of that kind included.

With both sides having presented their arguments, the Ninth Circuit judges are now deliberating.
Quelle:Law360 / mjvibe